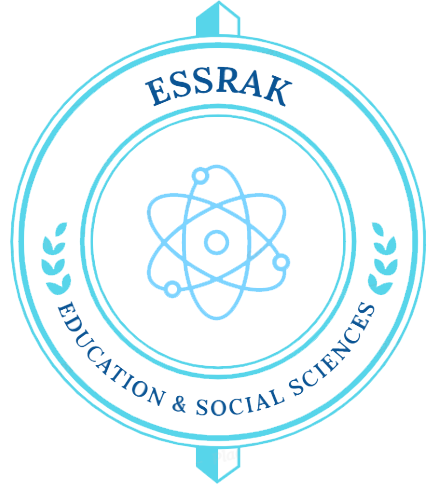 ESSRAK Journal of Humanities and Social Sciences (ESSRAK-JHSS) is a double-blind peer reviewed and quarterly open-access journal featuring original articles in all aspects of humanities and social sciences. The journal aims at publishing high quality and original articles that are relevant and impactful in solving challenges relating to various facets in the said fields of study. ESSRAK-JHSS articles are processed with the highest standards and best practices so as to ensure that they add knowledge to theoretical understanding of the humanities and social sciences and help solve real-world challenges pertaining to the same. The journal seeks to publish original papers, review papers, conceptual frameworks, case studies, empirical research, technical notes, and book reviews. It seeks to bring together researchers and practitioners from academics and industry to focus on areas of common interest and to publish interesting papers. Authors are welcome to contribute to this journal by submitting articles for the development of humanities and social science awareness. The key objective of ESSRAK-JHSS is to publish new knowledge and theories for the benefit of society, as well as provide a platform for postgraduate to disseminate on-going research and developments in these areas. It also seeks to be an invaluable repository for quality reference materials for researchers. The journal is published in an online version

Social media use has increased tremendously, with an estimated 3.5 billion users globally. Most people in the world use social media to pass, receive or acquire information or for entertainment. A significant number of that population comprise University students. There are various forms of social media use among university students. Many studies have linked social media use among university students to various mental health issues including depression. However, there are limited studies on the relationship between various forms of social media use and the level of depression. This study hence intends to cover this gap by investigating the relationship between forms of social media use (Facebook, WhatsApp, Twitter and Instagram) and the level of depression among university students in Nairobi County. The study was anchored on the social cognitive theory by Albert Bandura (1986) and Albert Ellis Cognitive theory of depression (1957). A correlational study design was utilized to guide the study. The target population was 196,718 students from public and private Universities in Nairobi County. A sample size of 383 participants was picked. Proportionate sampling technique was utilized to ensure a representative sample size from each of the four institutions. Stratified random sampling was then applied to guarantee that the respondents were well represented in various strata (gender, age, level of study). Simple random sampling was then employed to ensure equal distribution of participants from each stratum. The pilot study was conducted among 38 students from Jomo Kenyatta University of Agriculture and Technology. Data was gathered through a structured questionnaire and a Cronbach coefficient of 0.7 and above was used to test the reliability of the instrument. The Spearman Rank order correlation coefficient was employed to test the hypotheses. The finding revealed a significant positive correlation between Facebook utilization and WhatsApp use with level of depression, rs(350) = .126, p < .05 and rs(350) = .170, p < .01 respectively.   On the other hand, the relationship between the use of Twitter and the use of Instagram and the level of depression was not statistically significant, p>0.05. The study concluded that there was a statistically significant relationship between Facebook and WhatsApp and the level of depression while there was no statistically significant relationship between Twitter and Instagram and the level of depression among university students in Nairobi County. The study recommended that the University management should establish psycho-education strategies targeting specific social media forms like WhatsApp and Facebook that have a high frequency of utilization to ensure students understand their effects on their mental health.